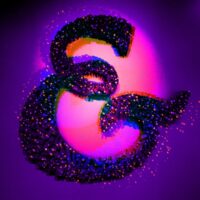 I had mentioned the site XIV Style before and how they hadn’t updated since some time around patch 4.4 or 4.5. Good news, they’re back! Many thanks to them for the site, it’s a great resource!

Over the last couple of weeks, I’ve been focusing on a few goals in FFXIV while also helping out folks in the free company.

END_OF_DOCUMENT_TOKEN_TO_BE_REPLACED

With both red mage and black mage now at level 80, I’ve been trying to figure out how to gear up. Some folks from my FC, and friends of the FC have thought about starting a casual raiding static. (Current status: 7 people interested but in vastly different time zones and work schedules. The desire is there, at least.) The issue with gearing those two casters is that they use the same gear, but different stats are important. (Red mage: anything over Spell Speed; black mage: there may not be a thing as too much Spell Speed.) Tonight I started perusing the Balance Discord’s suggested gear/melds for each job. But, this is where I don’t do so great without making a spreadsheet or chart or something. I’m sitting on two weeks and some change’s worth of the current tomestone, so I can purchase… something, once I figure out what to get. Normally I start with chest/pants pieces and then get a red mage weapon as soon as possible. This time I’m researching. Egads.

Last night I ran the normal Eden raids with the greater Spawn Respawn family, which is always good fun. (They stream on the regular as well!) I needed three bits to finish that tier’s gear set for casters, and got everything in one set. That leaves me free to work on leveling other jobs for now. We ran a few roulettes afterwards and I got to off-tank a couple fights and dance through Void Ark. I probably should pick one tank or healer job to level up and focus on it, so I have options when running with friends. Still, it’s fun switching off and trying all the things.

For Trials roulette we were lucky enough to get Kugane Ohashi. It must’ve heard me saying “ooh, let’s get that barding” because I won the roll for it!

I need to get into the habit of taking more screenshots while I’m playing and grouped up with folks. Having the record reminds me of what we did, and therefore what I can write about. Instead, lately I’ve been getting these post-fight one-offs.

I first threw the idea around of starting this blog back in December of last year. My boyfriend and I were visiting his family for the holidays. On a morning when we had nothing going on, I figured I could sign up at wordpress.com and just get going. And I got halfway there! WordPress account, check. Starting to write there, not so much.

END_OF_DOCUMENT_TOKEN_TO_BE_REPLACED

Bok Choy, a prominent FFXIV raider, recently wrote up a breakdown of tanks in Shadowbringers that’s a great comparison of each tank and the similarities and differences in their ability sets. I got Gunbreaker to 70 last night, and a tank is probably my next thing to level to 80, so I’ve got tanking on the mind.

This video is so quick and silly, I love it. I just wish I knew all the source references!

Help the right one out

There’s this one quest chain in Fable II that had me thrilled the first time I played through it. It starts in Brightwood towards the beginning of the game. You meet Giles, a former town guard turned farmer, whose farm has been beset by bandit attacks. The leader of the bandits murdered his wife in cold blood. Fearing for his son’s life, he sends his boy away until the bandits can be dealt with. Giles’ tale is one of the Fable series’ ethical decision points: do you help Giles and bring the bandits to justice, help the bandits, or walk away? If you’re me on my first playthrough, you’re all go, go, good team and of course you’re going to take Giles’ quest and get those bandits.

Say you do this, and the game’s timeline advances about a decade into the future. (You did, and it did and was going to anyway.) When you return to Brightwood, Giles’ farm has prospered. When you catch up with Giles, he thanks you again, but has another quest for you: helping him set his son Rupert up on a date. Take his portrait and find someone in town to go on a date with him.

END_OF_DOCUMENT_TOKEN_TO_BE_REPLACED 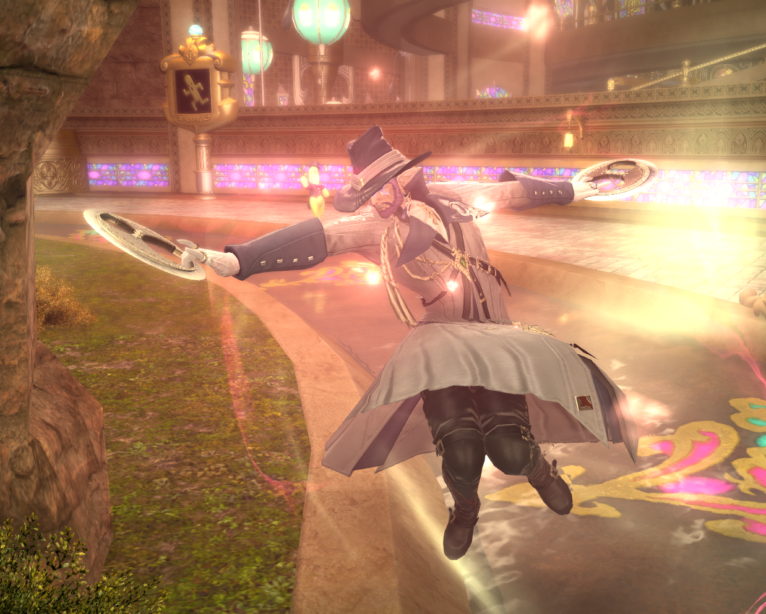 What time I had to play this weekend, I spent mostly helping others and figuring out what to level up next. I did want to get capped on Phantasmagoria tomestones, and that happened, in part because of an impromptu maps party with free company friends and a couple more friends from another server, to try and see the new Dungeons of Lyhe Ghiah. Figures that I’d forget to get a couple screenshots, but you’re a fan of the Lost Canals/Hidden Canals/Shifting Altars of Uznair, you know how this one goes too. But it’s still fun to do with friends, potentially lucrative, and the first time we saw how we went from one room to the next, we were all delighted and typed in our various ‘OOOOH’s into party chat.

I’ve only leveled red mage and black mage to 80, and right now I’m splitting my time between a few jobs before picking one to focus on. I’d like to get Dancer up to 70, both because it’s fun so far, and also to keep the Aiming leveling gear floating around to a minimum, as I’ve got Bard and Machinist at 70 already. I do feel like I should glamour the level 60 Shire tomestone gear for it, as of course it wasn’t designed with the feel of Dancer in mind. But it just feels off, visually… unless there’s a Gene Kelly-equivalent on Hydaelyn I haven’t run into yet.

END_OF_DOCUMENT_TOKEN_TO_BE_REPLACED

The latest machinima from Toitoi Pictures is, as their work has become known for, super-cute and completely endearing. The costuming used in this one is a clever idea!